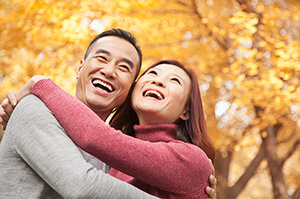 Erectile dysfunction can be more than emasculating; it can ruin your quality of life. For many years, men with ED have resorted to oral ED medications, to relieve their symptoms. While oral medications for erectile dysfunction can be effective for temporary relief of the symptoms of ED, they don't target the root cause of most patient's ED and can often bring unwanted side effects.

We know that as men age, the vessels in the penis weaken, contract and fill with micro-plaque just as they do elsewhere in the body over time. As men age the penis decreases in sensitivity making it harder to achieve a pleasurable orgasm. Patients also tend to report increased or worsened refractory time between sexual activity. The bottom line is that most erectile dysfunction is a result of poor blood flow, known as vasculogenic ED.

There have been countless studies, going back decades, showing Low-Intensity Extracorporeal Shockwave Therapy (Li-ESWT) to be incredibly useful for treating ED. Success rates have been reported up to 76% (Therapeutic Advances in Urology) , and even one study, published in the Scandinavian Journal of Urology, which claimed that this could be “a possible cure” for ED in some patients!

GAINSWave® uses pulsed acoustic waves, known in Europe as shockwave therapy, to address the root cause of poor sexual performance for men - poor blood flow. By expanding existing blood vessels in the penis and creating new avenues for more blood to flow into the penis, GAINSWave® produces healthier, fuller and more sustained erections for men with and without erectile dysfunction. Results for this type of therapy have been shown to last up to two years (NCBI), much longer lasting than the typical ED treatments in Tampa, FL.

A Safer Alternative to Viagra 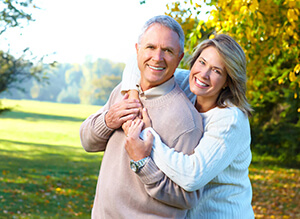 Among the most popular ways to treat erectile dysfunction, oral medications such as Viagra and Cialis are relied upon too much, and often cause unwanted side effects, such as nasal congestion, headaches, upset stomach, vision changes, facial flushing, and dizziness. They also only serve as a temporary ‘band-aid’ solution, having to be taken before intercourse. Young men are turning to these drugs for performance, leading to dependence causing sexual dysfunction.

Depending on the severity of ED, The Journal of Urology reported oral ED medications to yield as low as a 27% effective rate. Leaving patients with more severe ED to more invasive and dangerous treatments like penile (intracavernosal) injections of drugs like TriMix, where medication is injected directly into the penis before intercourse. Amongst the dangerous side effects, are priapism, an erection lasting hours beyond sexual stimulation, sometimes forcing patients to go to the emergency department to drain blood from the penis.

The good news is that studies had shown shockwave therapy to be effective when patients did not respond to oral ED medications (BJUI). GAINSWave® offers patients effective and safe relief to their erectile dysfunction symptoms, reviving spontaneity and providing a longer term solution. Additionally, it can address Peyronie’s Disease and optimize sexual performance.

There are over 40 clinical studies showing shockwave therapy to be effective in treating ED. Commercially known as  GAINSWave®  patients are reporting great improvements to their sexual health, including:

If you are experiencing the symptoms of ED, PD or want to maintain or improve your sexual performance, contact your local Tampa, FL ED clinic today!